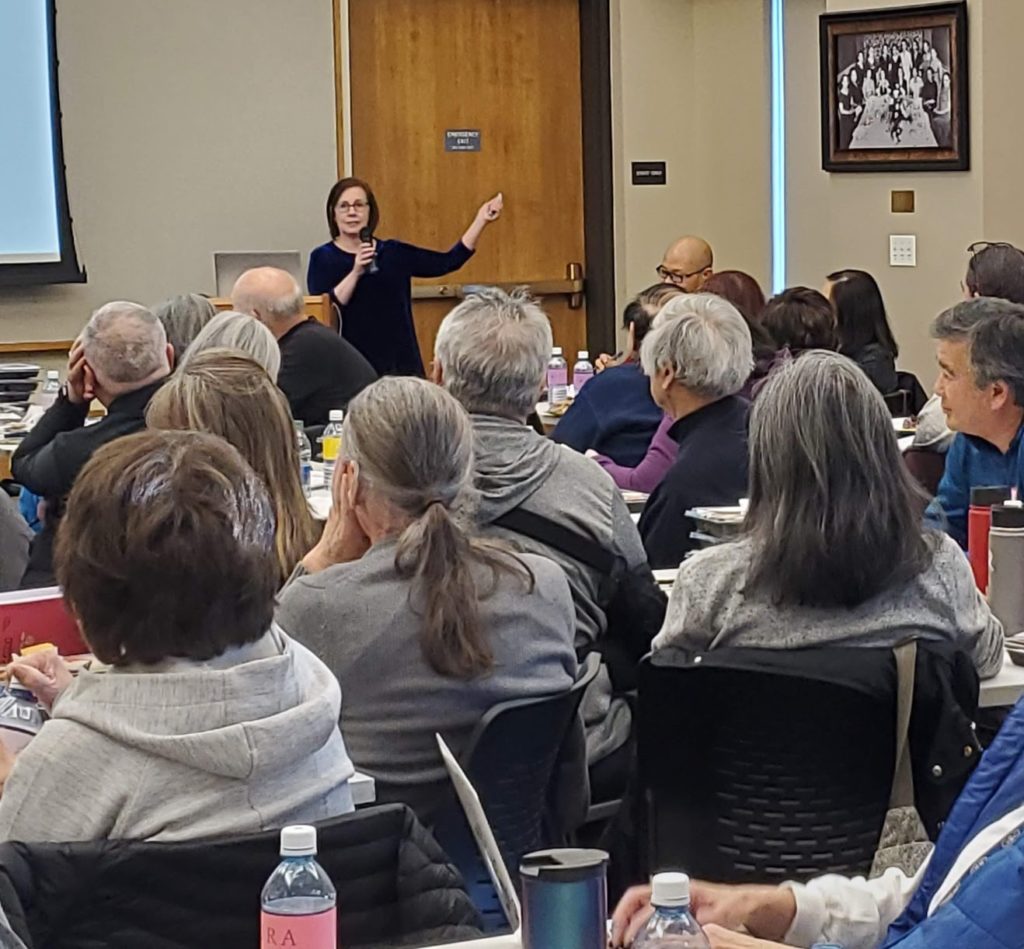 On the snowy Saturday morning of February 8th, a sold out crowd came to the much-anticipated Genealogy Seminar at the Blair-Caldwell African American Research Library.  The day was facilitated by Linda Harms Okazaki, a genealogist based in California with extensive knowledge of Japanese and Japanese American history and genealogy.  Sakura Foundation was pleased to present this in-demand event and to share this conversation with Linda:

Q. What sparked your interest in genealogy?

A. I first got interested in genealogy in the late 1990s when I won a software package by Broderbund called “Family Tree Maker.” Initially, I began gathering names and dates, but I didn’t really know what I was doing. Growing up, I knew very little about my ancestors, especially my mother’s ancestors. Every discovery captured my interest more and more.

Q. What have you discovered about your own ancestry that was most interesting or rewarding?

A. There have been so many interesting and rewarding experiences in my own research that it’s hard to pick just one. Uncovering the stories is what I find rewarding. One ancestor seemed to have dropped out of the sky one day in San Francisco. It was 1867. Eventually, I discovered a newspaper notice that indicated he changed his name from Richard Harvey Emerson to Emerson Corville. That was just the tip of the iceberg. He fled Australia with a mistress and two children, escaping the law and a huge debt. Once he changed his name, he still continued to do business with his two brothers in Australia.

Another story has to do with my mother’s family. Half of the family said my great grandmother died of tuberculosis. The other said she died of Spanish Influenza. A death certificate led to the answer: she died of influenza, complicated by her TB.

A few years ago, I found a 4th cousin using DNA. He was adopted and knew absolutely nothing about his biological family. Now he has an extended family tree.

Q. From the many people who have attended your seminars, what do they say is the greatest value of knowing their family heritage?

A. Without a doubt, Japanese Americans tell me that they have a greater understanding of the experiences of their ancestors, especially the Issei. By uncovering the stories, they gain an appreciation and an empathy otherwise not possible. Camp documents are particularly revealing. The incarceration experience was so traumatic that in many ways, uncovering the family story is emotionally healing for both the survivors and their descendants.

Q. What advice would you give to Japanese Americans who are just beginning to look into their ancestry?

A. Start with yourself and work back in time, documenting each generation. Try not to get too focused on just getting the koseki (Japanese family registry). Rather, take your time gathering all of the records that you can. Try to avoid viewing your ancestors from a modern perspective. Instead, try to understand the time period during which they lived. Look at the laws and historical events which impacted your ancestors. Then take a class, join a genealogical society, walk in your ancestral footsteps and, most importantly, share your results. Genealogy is not only a gift to your descendants, it’s a gift to yourself and a gift to your community. 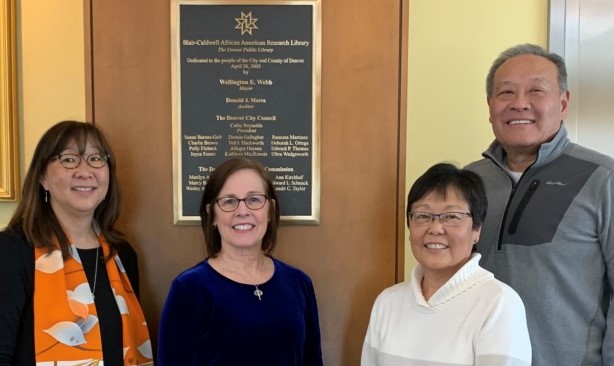