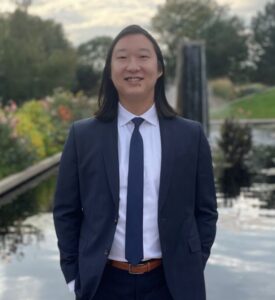 I am a Yonsei (fourth generation) Japanese American (JA) from Denver, currently living in Seattle where I am working toward a Master of Public Health degree at the University of Washington. I attended services at the Tri-State/Denver Buddhist Temple (TSDBT) and was heavily involved with the Young Buddhist Association (YBA) while I was in high school. I also attended Simpson United Methodist Church in my elementary and middle school years. For most of my life, all I knew about the JA community was from my family and the Temple/church. Part of the reason I joined MGLP was to meet other JAs outside of the circles I grew up in and to learn more about the JA community as a whole.

I participated in the MGLP Class of 2018, shortly after completing my undergraduate studies at the Colorado School of Mines. While I was in the program, I met people who had vastly different experiences from me and challenged my understanding of what it means to be JA. I was raised around many Nisei and Sansei (second and third generation JAs, respectively) who were either interned during World War II or were the children of those interned, and thus my view of what it meant to be JA was heavily influenced by the impact that the internment had on Japanese families in America. Many of the people I met through MGLP did not have that internment experience as part of their family history, and I learned more about the diversity of JA stories that exist in our community. Several of those people I talked to have become great friends whom I still meet up with every time I come back to visit Denver.

After completing the MGLP, I had a more thoughtful perspective about what the Temple’s place in the broader JA community could be. I joined the TSDBT Board of Directors in 2019 and have been serving remotely since I moved to Seattle in 2020. I am incredibly grateful to MGLP for all the friends and connections it helped me make and for the perspective I gained about my own identity. Please feel free to reach out at eshigaya@gmail.com.