Stories of Solidarity: The Japanese Americans in Five Points

Stories of Solidarity: The Japanese Americans in Five Points 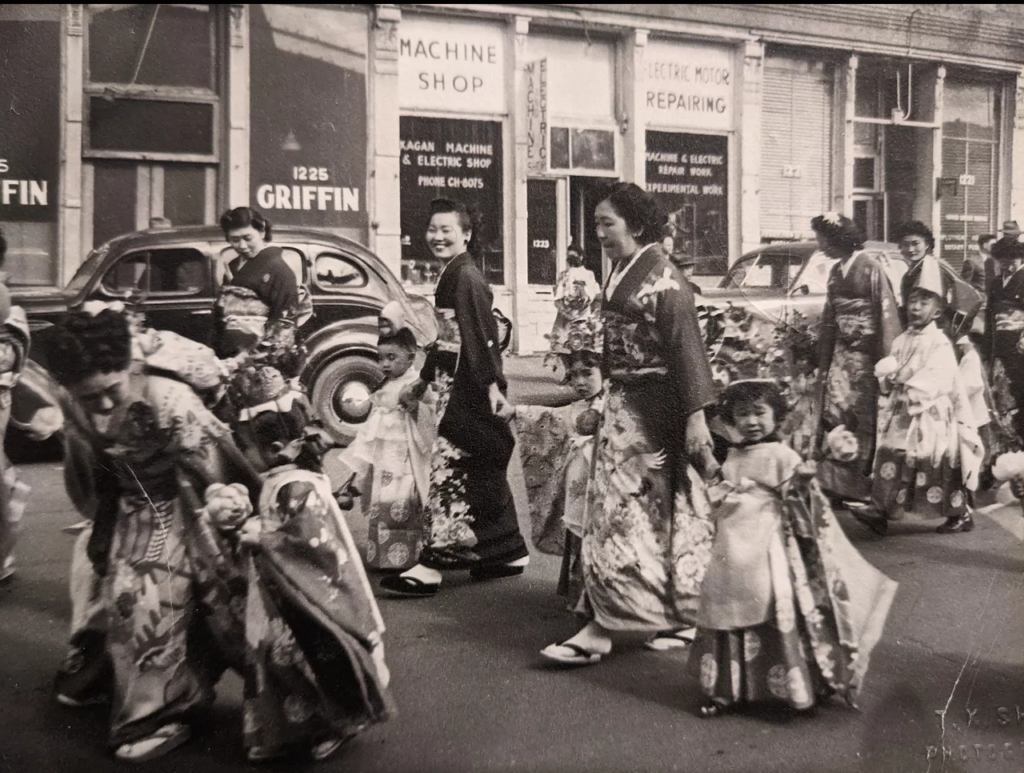 About the project – from Japanese Arts Network @ ja-ne.org

“In the wake of WWII during the 1940’s, following the closing of America’s incarceration camps, the area surrounding and within the historic Five Points neighborhood in Denver, Colorado saw a surge of Japanese-American culture and business in the “Larimer Corridor” downtown. Japanese businesses were concentrated during this time in the Five Points area due to oppressive redlining which did not allow them to open in other parts of the city. Japanese arrivals joined other communities of color who also inhabited and owned businesses in this stretch of neighborhood.

Today, we remember this vibrant and cross-cultural neighborhood through the voices of lived experiences- and we celebrate the Japanese Americans and Five Points residents who are creating history for future generations in Denver’s Five Points.

According to Densho.org, by the time World War II ended, many Japanese Americans who’d been in concentration camps didn’t want to return to the West Coast, where they had lost their homes and businesses. The War Relocation Authority (WRA) stated in 1944 that out of 22,000 Japanese Americans released from the 10 concentration camps that year, the largest number to head to one place, was the 5,000 that relocated to Chicago. Denver was second with 2,507 former prisoners hoping to start new lives – and this doesn’t include the number of Department of Justice prisoners who were also released. After the war, the Japanese population in Colorado swelled to 11,700, with almost half living in Denver.”